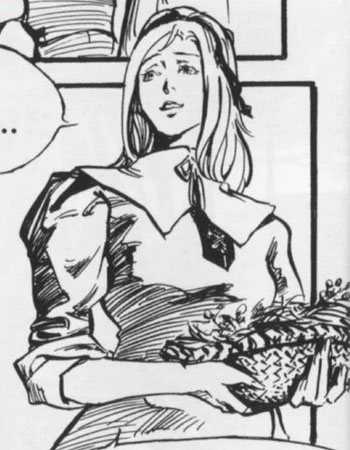 It seems like every wife in a Castlevania game dies. If you're a woman in this series, the best suggestion that can be made is not to get in a relationship with a guy because, otherwise, you're signing your own death note. That's certainly the case for Rosaly, a Church-sanctioned healer who came across Hector after the fall of Dracula's Castle in 1476 AD.

She found the injured Devil Forgemaster, gave him aid and healing, and helped him recover from his wounds. Realizing not everything in the world was worth destroying, Hector gave up his old ways and found love with Rosaly, eventually marrying her. But Hector's old colleague, Isaac, had other plans for Hector, plans that didn't involve the man living the quiet life with a nurse. So Isaac lodged accusations of witchcraft against Rosaly, accusations that eventually led to a conviction at a trial, leading to her execution.

Hector was, naturally, bereft and went on a quest of revenge to kill Isaac for what he did. He never forgot his lost love, but her part in the story was essentially over before the game even began. It's another woman who bore a striking resemblance to Rosaly, Julia Laforeze, who would eventually assist Hector and, once his quest was at an end, help him find a new life of peace, and love, while Rosaly rested in Heaven.

It is worth noting that Rosaly's death here, the act that motivates Hector to pursue Isaac and gain his revenge, is a lot like the death Lisa suffers at the hands of the Church, an act that sends Dracula down the path of evil. Were it not for Julia, Hector might have eventually suffered the same fate, using the death of Rosaly to exact bloody revenge and, in the process, becoming the evil host for Dracula's dark magic.

Rosaly's death is told in two non-canon works. The first, Demon Castle Dracula: Curse of Darkness - Prelude to Revenge, was a pre-order pack-in bonus with Curse of Darkness released only in Japan. Then there was the Castlevania: Curse of Darkness manga that was eventually translated into English by Tokyopop. Of the two, the manga is more "official" than the pack-in comic as the manga was overseen by IGA and was released in the West. Still, it's one of those curios that doesn't really change much about the story itself and is more of interest to collectors than general fans.