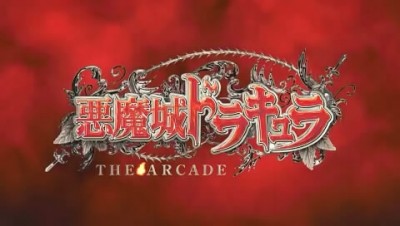 The late-era Castlevania series is marked by experimentation. While most of the series featured an emphasis on classic platforming and/or Metroidvania dynamics, the later games in the series pushed away from that sweet spot for more unusual fare. Castlevania: Judgment was a console-based fighting game, Castlevania: Harmony of Despair tried its hand at multi-player Online game play, and the Lords of Shadow sub-series completely rebooted everything about the games for something more akin to God of War.

Even among these experiments, though, one title does stand out for how off the wall it is: Castlevania: The Arcade (titled Akumajo Dracula: The Arcade in Japan, with "Akumajo Dracula" of course translated as "Demon Castle Dracula"). While you could see the connective thread between all the previous games (this one has platforming, that one at least has characters you control in an arena), The Arcade was an on-rails light gun-based shooter (or, really, "whipper"). It's about as far as you can get from the main Castlevania series without being, say, a Mahjong title or a Video Poker machine.

So what inspired Konami to release this title? Not only is it a weird entry for the series but it's an arcade game (as the title implies), and it's not as if the arcade market in the U.S. (or Japan, for that matter) had been all that stable in the years up to this game's release. While certain kinds of arcades were still popular in Japan (mostly pachinko parlors), that's still a tiny market for a large, expansive, Triple-A video game release. The fact that the game only ever saw release in Japan and Europe, and the European release was quite limited, illustrates the limited market for a game like this, even before we take into account how weird it is.

Sadly, details on the development and story behind Castlevania: The Arcade are scarce. This game came out at a time when the Castlevania series was in flux, with Konami having already shelved one reboot of the series (Castlevania 2008), this title, along with the aforementioned Judgment and Harmony of Despair, illustrate Konami's desire to push the series outside its bounds and find new ways to grow a new fan-base for the series.

Sadly, for all the reason mentioned, the game failed to catch fire in arcades. Soon after release, Castlevania: The Arcade was quietly ushered away so that the company could reboot, and then abandon, the series, relegating it primarily to cellphones and gambling machines. There probably is some version of history where this game was successful enough to have warranted a port of the title to home consoles, with controls via Wiimote or PlayStation Move controllers, but at this point it feels like this title will only be remembered as a strange one-off fans can talk about but few ever had the chance to play.

That leaves Castlevania: The Arcade as little more than a footnote to the series for most fans. Simply due to how few machines were produced and the limited number imported to the West, the game remains a lost unicorn to this day. The game is a curiosity, this weird thing Konami made once and then ignored, like so many other of their late-era projects with the Castlevania series.

If you can track down a machine you'll be greeted by some of the weirdest video game mechanics you'll find outside of a the Nintendo Wii bargain bin. The game's mechanic, at least as the Belmont-like "Vampire Killer", is essentially "waggle" -- you grab your "light gun" and aim it at the screen, flicking the beam of light back and forth to "swing your whip". It's so goofy but, oddly, rather engaging in its own weird way.