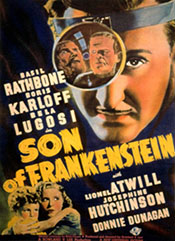 It's been years since the last time Baron Heinrich Von Frankenstein last created his monstrous... monsters (and yes, his name has name has been changed from Henry, as last featured in The Bride of Frankenstein, although this film was still billed as a sequel). The Baron has died, his titled passed to a son her barely knew (and who barely remembers him). The son, Wolf Von Frankenstein, inherits the estate and, with his wife and son, elects to move to the family estates. The local villagers are none to pleased to have a Frankenstein back in residence, fearing that the name is cursed. The new Baron, though, swears he's not like his father and has no interest in creating mad monsters or horrifying creations.

Fate, though, had other ideas. Exploring the estate, Wolf comes across Ygor, a mad little man who used to help the old Baron with his experiments (and no, Ygor didn't show up in the last movies, so you aren't mistaken on that account). Ygor reveals to Wolf that the Baron's creation, the Monster, is still alive but in a very deep coma. Despite what the Baron swore to the villagers, he agrees to try and help the monster. But then things spin wildly out of control...

It's weird that Universal billed this as a sequel to the original films because, aside from Karloff, there's very little the same about these movies. None of the other actors return, new characters are inserted where they weren't before, the sets are completely different (glaringly so), and many plot elements from previous films, like the Bride, are completely ignored. The film feels more like Son of Dracula -- a reinvention of the mythos but telling a completely unrelated story.

Honestly, it probably would have been better if they had just billed it as a reboot to the series and made bigger changes to the overall film to move it away from the previous films. As it was I spent whole chunks of the movie going "this is different, and this, and that's wrong, and that never happened" which meant I wasn't really getting in to the movie. For me, the whole experience was just very strange. 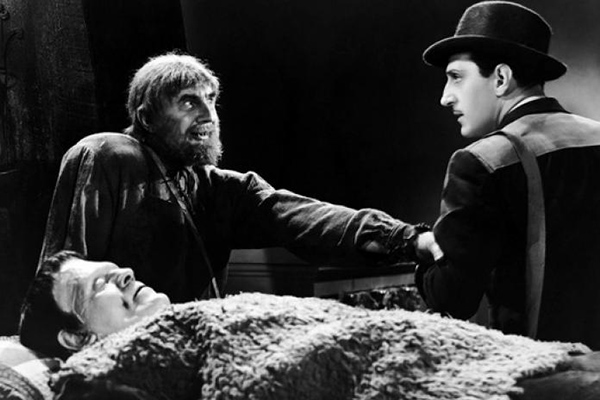 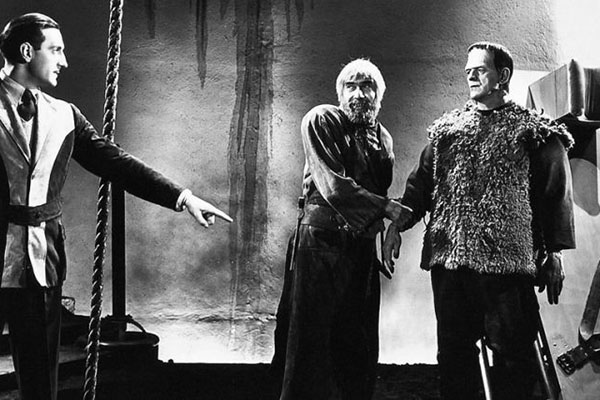 If you can get past all the weird changes they made despite it somehow being a sequel, there's a lot to like in Son of Frankenstein. it really is a well crafted movie, gorgeously shot with an interesting aesthetic. The mansion now has a very strange, dream-like vibe to it with sets built at strange angles and everything lit in such a way to make it feel like the building looms over the characters. When people talk about buildings feeling "evil", I imagine this is the kind of architectural style they're reacting to.

Performances, too, are very good. Gone is the pitched overacting of the previous film with, instead, people actually acting like people. Basil Rathbone is a fantastic actor in most of his roles and he brings a playboy charm to Wolf that instantly makes him feel like a different character from the previous Baron. He's not a manic madman but a rich kid in over his head who keeps having to dig himself deep to try and get out of the mess he's made.

Bela Lugosi, as Ygor, is also very good. Although I'm one of the few to hate his performance in Dracula 1931, I really enjoyed him here. He's got a menace to his role, making Ygor into the slimy villain of the piece. Although he's buried under makeup, his performance really doesn't need any of those effects. They could have put him in a three-piece suit for this role and he's still be a menacing figure.

In fact, the one performance I didn't really care about was Boris Karloff, although I don't think it was really his fault. The creature in this movie is underwritten, out in a coma for half the movie, and then kept aside so the real villain of the piece, Ygor, could shine. As such, there's just nothing for Karloff to do but groan occasionally and kill some people. He's still and imposing presence, but he largely just seems bored to be involved this time around. 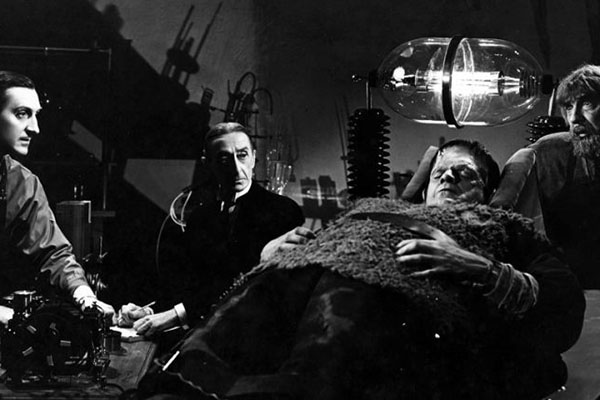 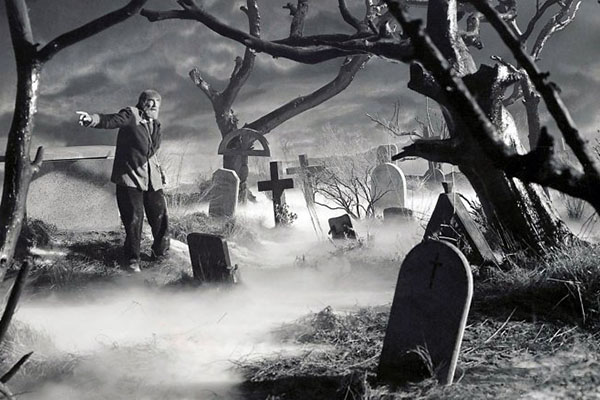