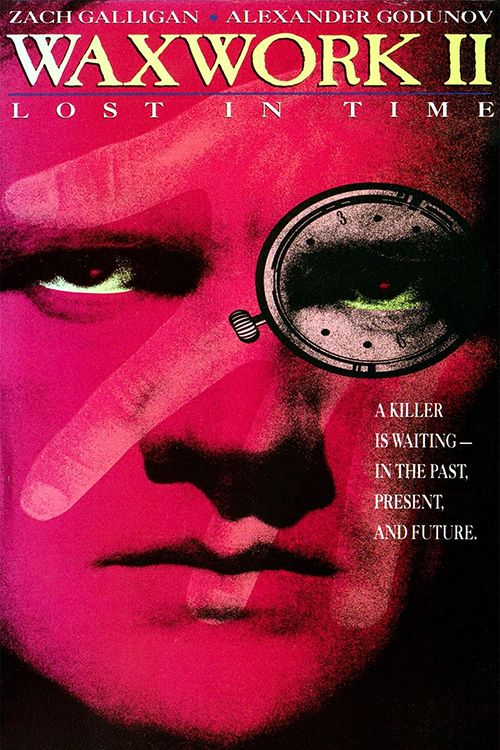 The original Waxwork was a low-budget schlock fest, a movie released to the general yawns of viewing audiences and probably forgotten just a quickly by most of them. How, then, did a film like that, which made on a fraction of it's already tiny budget, someone manage to get a sequel. For that matter, where could to story of Waxwork go when the titular location, the waxwork museum, was burned down at the end of the first film?

Well, to answer the first question, the late 1980s and early 1990s were a different time from now; movies that fail in theaters now are certainly forgotten quickly, condemned to a short run on streaming services before they fall off and networks stop paying for the rights to restream them (if they're lucky they end up on a site like Tubi, an aggregate for all the films no one else cares about). Back in the day, though, films could find a much longer life on networks like HBO and Showtime, where this low-budget cheapy ran pretty regularly for a few years. Plus, home video stores could keep a cheap film like this on shelves for a while, getting regular rentals from people curious about how bad the movie could be.

With enough money coming in from secondary channels, a film like Waxwork could warrant a direct-to-video sequel that carried on the story and production values, of the original because it was guaranteed to make decent bank where it mattered most: television and video store shelves. Now all the producers needed was a story that could carry the film while still feeling in the spirit of the original. And, thankfully, the production team, headed by previous writer/director Anthony Hickox, managed to come up with a pretty hooky way to find the core of the original film and spin it out in a new direction.

Picking up immediately after the previous film, heroes Mark Loftmore (a returning Zach Galligan) and Sarah Brightman (recast into actress Monika Schnarre) escaped the waxwork thinking all the evil would burn up in the museum as it was torched to the ground. However, a single zombie hand escape the carnage and was somehow able to follow Sarah home, killing her (dick of a) stepfather. Sarah is blamed for the murder (in no small part because she blamed it on a zombie hand), and is likely to go to prison for a long time for the crime. 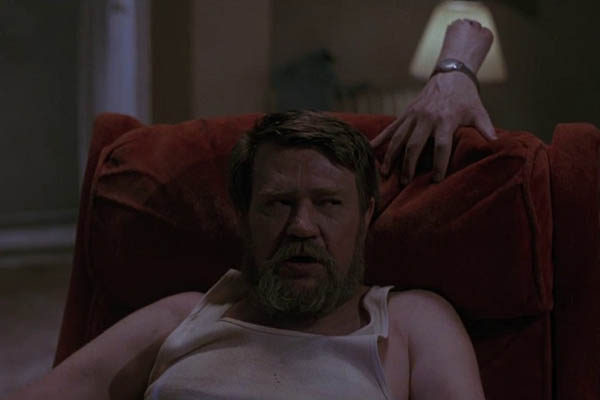 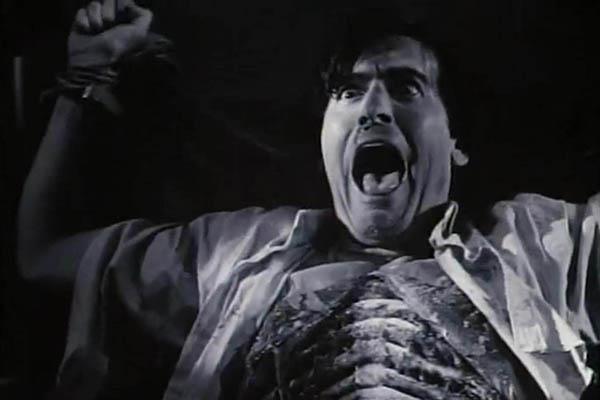 Mark, though, thinks there has to be a way out. The two of them head to Sir Wilfred's manor, which the late eccentric has left to Mark. Wilfred, a collector of the occult, might have had a solution to Sarah's problem, some way to prove the dead could come back to life. What Mark and Sarah find is trinket, like a compass, that directs them through various portals in time. Mark and Sarah have to venture through these portals (visiting one monster movie after another) as they search for some king of evidence to prove Sarah's story and get her acquitted of murder.

Like its predecessor, Waxwork II: Lost in Time gets by on the creativity of its concept and the joy of seeing all of these various monster movies and stories depicted across the whole of this film. After the initial setup is taken care of, Mark and Sarah end up venturing from one film to another, from the lab of Dr. Frankenstein to a ghost-filled manor and an alien-filled ship, and then to a black-magic filled Medieval castle, dodging dangers and fighting monsters. It's really all very much like the first film, just without the central hub of the waxwork museum to keep it all grounded.

The go-for-broke attitude is still here in this movie, and that's its best feature. As with the previous film, which was willing to depict just about any monster it could think of, this film against gleefully visits as many horrors as it could, including not just the aforementioned settings by, in a totally bonkers climax, vignettes inspired by Nosferatu: A Symphony of Horror, Dawn of the Dead, Godzilla and more. The film manages to constantly find ways to pack in more and more movie monsters, enjoying the feeling of throwing everything at the wall just to see what sticks.

However, while the story does setup a film that can go anywhere and do anything, the one things it's lacking is a core focus, a villain or central setting, that can keep the film even slightly grounded. Having Mark and Sarah bounce from one setting to another is fun but it's all kind of formless, adventures for adventure sake without any sense of real direction. You know eventually the heroes will get home, proof in hand to get Sarah out of prison, but the film can spend as little (or as much time) on it as it likes without even indicating when the end is coming or why it decided to end things when it does. The film goes until it basically runs out of gas, then just ends one it's runtime is complete. 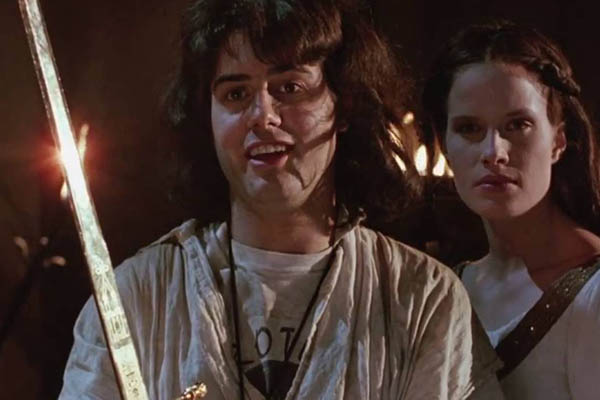 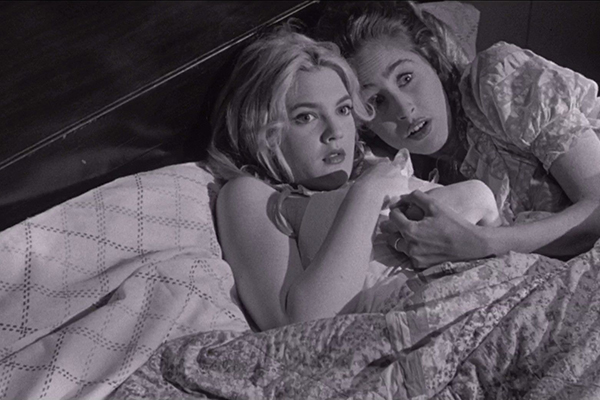 In the process, too, the gleeful mix of horror and comedy is lost. While this movie does have a few horror-tinged moments (like a particular gross, if not utter convincing, were-panther transformation), the film plays most things much more for laughs. It's like the different between The Evil Dead and it's sequel Evil Dead II: Dead By Dawn, with the sequel playing up the laughs while the original tried more for horror. The only issue here is that the comedy of this film is goofier, without any of the nastiness that made it work in Evil Dead II. The mix is off and it holds the film back.

Also, frankly, the last act of the film, with our heroes in the Medieval setting, doesn't have the energy of the first parts of the film. The setting is a total dud, neither provocative nor enticing, and it goes on for way too long. It introduces a late-stage villain Scarabis (Alexander Godunov), who just doesn't mesh with everything we've had up til now. Perhaps if his character had been introduced early in the film, in one of the first jumps the heroes went into instead of the last major one, he could have gotten the time and development to be interesting. A villain chasing the heroes through the various time periods could have ratcheted up the action and drama, giving a constant threat the heroes had to battle against. As a last-act bad guy, though. Scarabis is general is flat.

In many ways this film is like its predecessor -- silly, goofy, but with enough creativity and fun to carry the action -- but this film doesn't have quite the same structure or focus to really work as well. I enjoy it for what it is, and love watching these two films back-to-back, but this is certainly the weaker of the two. It's fun, but I can easily see why we never got a Waxwork III. At this point it was clear we'd see all the series had to offer.