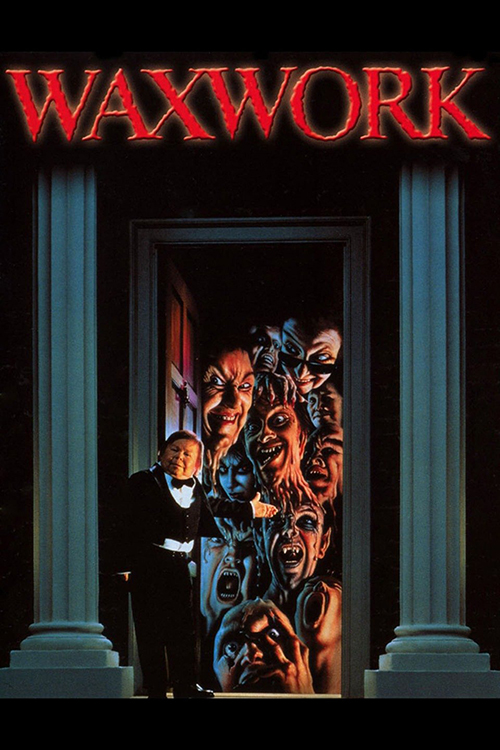 There's a certain appeal to seeing all of the classic movie monsters get together in a single film. Universal understood this, crafting one of the first cinematic shared continuities starting with Frankenstein Meets the Wolf Man. Since then, the monsters have appeared, via various production companies, fighting against each other time and again (such as in the kids' movie The Monster Squad).

Waxwork, a low-budget monster cheapy from 1988, also goes for the joy of seeing all these monsters together. It doesn't just collect Dracula and Frankenstein and the Mummy, though, but links in versions of just about every monster it can think of -- the Phantom of the Opera, zombies, evil circus freaks, and even Audrey II -- all for a wild, and delightful, mish-mash of monsters and horror. The film isn't great, but what it lacks in production quality it more than makes up in zestful, go-for-broke glee at smashing all its monster toys together.

The film opens with a set of friends -- Zach Galligan as Mark Loftmore, Deborah Foreman as Sarah Brightman, Michelle Johnson as China Webster, and Dana Ashbrook as Tony -- hanging out at college, just being normal teens. Mark pines for China, but the girl of his dreams is tired of his antics and wants "a real man". Mark sees one last chance to try and get the girl when all the friends are invited to a new Waxwork museum that's recently opened for a private showing. Invited, it should be noted, by the creepy proprietor David Lincoln (a delightfully evil David Warner).

Of course, as you'd expect, things take a turn once the kids hit the museum. While the displays seem normal enough -- a collection of scenes of horror from throughout film history -- there's actually more to them. As the teens (and other unsuspecting visitors) learn, one by one, the displays are actually time portals (as the movie puts it) that suck the unwary into their locales. The victims then become characters in the dramas, playing the parts of historical figures, right up to the moment when they all die. The only ones to escape are Mark and Sarah, and when they realize their friends have gone "missing", they start to suspect the waxwork. But can they stop Lincoln before his evil plans truly come to fruition? 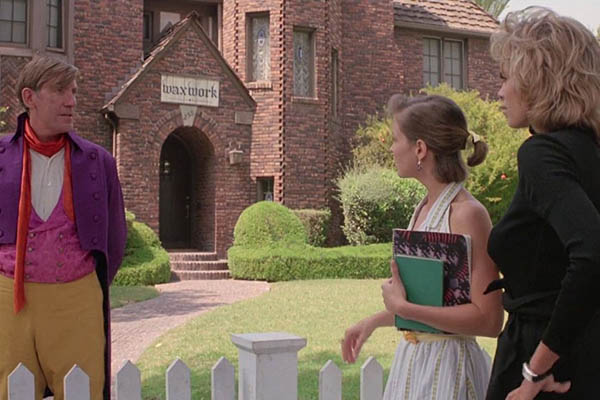 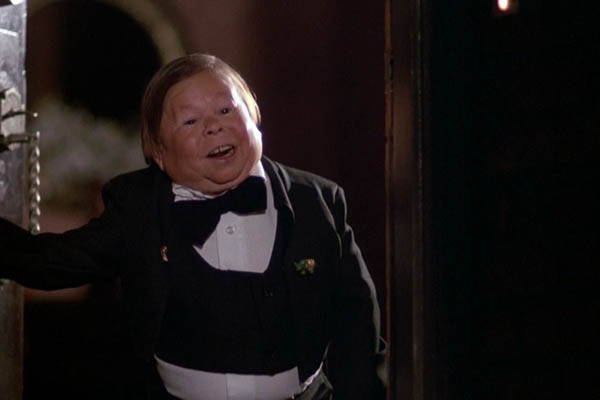 Let's be honest: Waxwork is not a great movie. Compared to other horror films, even, this one is as low-budget as they come, with cheap sets, cheap costuming, and little in the way of solid special effects (the best the film has to offer is turning the film black and white for a sequence set in a zombie-filled cemetery a la the original Night of the Living Dead). Even the waxwork figures aren't really real -- they're just people dressed up in costumes trying (and failing, quite obviously) to be still when the camera is on.

Frankly the film could have benefited from a bit more of a budget. Just being able to setup some suitably convincing figures (mannequins dressed in costumes, or even actual wax figures) would have helped the verisimilitude a fair bit, keeping the view sucked into the movie. An improved budget would have certainly aided the special effects, improving the quality of the monster effects and making everything scarier. The film comes across as goofy, for the most part, even when it's often trying for scares.

As an example, one of the weaker sections is an early one when Tony ends up in a setting where he ends up going up against the werewolf. There's some good stuff to be had here, with the transformation of characters into werewolves being decidedly decent. At the same time, though, the full werewolf get up is bad, in all regards, and clearly was hard for the actor to move in because the director has to resort to a P.O.V. shot for the part where the werewolf chases Tony around, and it's as dumb and goofy looking as it sounds. This sequence just doesn't work.

In comparison, there are times when the film can mine good horror from its settings, such as when China is sucked into the world of Dracula. There's plenty of gore and creeps, a solid vibe all around. But the film does it's best early in this section when China goes to dinner with the vampires (not realizing what they are) and ends up eating "steak tar-tare" with this. This is a gross is evil sequence, something that shows the film at its best when it has the money, and know how, to pull it off right. 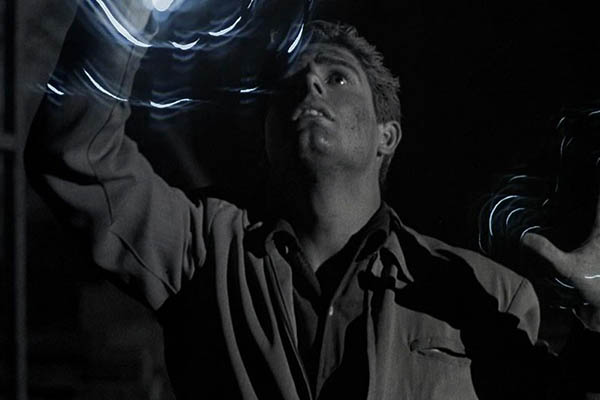 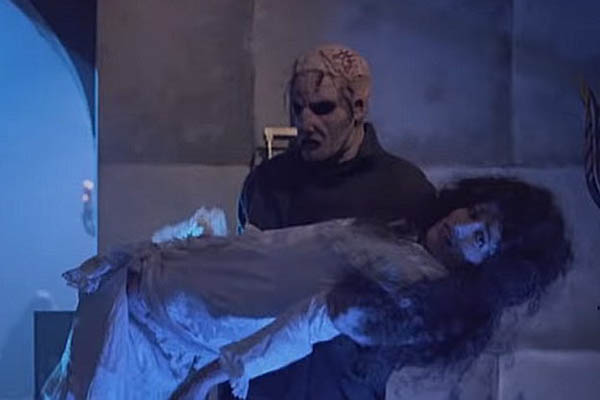 There is a delightful, "let's put on a show" vibe to the film, and even when it doesn't work it's still clearly trying. The film doesn't lack ambition, and I have to admit that the concept of people getting sucked into waxwork displays, teleporting to real locations to go up against monsters, is quite novel. It's part of why I keep coming back to this film, because as silly as this film might be I haven't seen much else quite like it. It has a great concept, and while the production team couldn't quite pull off everything they certainly try.

Still, the film is better at being a blackly comic film than a straight up horror movie, and I think the production team knew this. That had to be part of the reason why they hired Zach Galligan (of Gremlins fame, another darkly comic movie) in for the film's lead role. He clearly understand what kind of movie he's in and his performance is perfect -- the right mix of sarcastic and honest, above-it-all and invested hero. There's a thrill at seeing all these monsters in the same film, but then the movie as often goes for laughs as anything else, and it finds an odd tone that, often enough, really works.

I know this film isn't for everyone -- it's dumb, silly, and doesn't work as often as it comes together. And yet there's a certain joy in the film, a love of the monsters and the settings depicted. It's fun and lively in its own way, and it never struggles to find inventive ways to use its movie monsters. Plus, considering how bad many of the other crossover films have been featuring all these monsters, this film easily come across as the best mega-monster film I've yet seen.