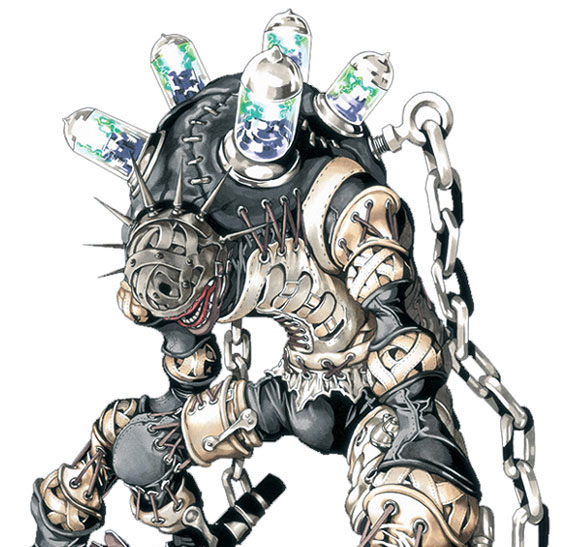 When discussing the Golem, we have to make it clear that the actual named villain that appeared in Castlevania: Judgment and had a weird backstory trying into Carmilla is just one golem among the various ones that have appeared throughout the series.

This specific Golem was quite a tragic figure, a brainless husk that was as much a machine as man. Practically a Frankenstein's Monster (should that be Carmilla's Monster?), the Golem was an odd choice for inclusion in Judgment. It would have seemed like actually using Frankie would have made much sence. But that, how much of Judgment actually makes sense?

During one of her many times not in her grave (she gets out of there almost as much as Dracula does), Carmilla, lieutenant of the Dark Lord himself, captured a mortal man and experiemented on him. Her resulting creation, half-man and half-machine (not unlike Frankenstein's Monster, really), was animate but barely alive. Pleased at what she had wrought, Carmilla released the beast into her castle where it wandered, animate but not really awake.

Far in the future, Galamoth, with the assistance of his minion, the Time Reaper, plotted to remove Dracula from the timeline, making Galamoth, Lizard King from another dimension, the true dark ruler of the universe. Aeon, time agent and protector of the timeline, knew that Galamoths plan had to be stopped. TO that end he created a time rift and drew into it heroes and villains from across the timeline and, in amongst these warriors of light and darkness, was the Golem.

But a funny thing happened when the Golem entered into the time rift: he gained sentience. He became intelligent, gained free will. In short, the Golem became a real person once more. He participated in the war over time knowing that his actions could help save the timeline, and the universe. His final goal was to remain human, but unfortunately his sentience could only be maintained in the time rift, and if the time rift remained open, it could have spelled the end of the world.

In the end, once the Time Reaper was defeated, the Golem willing sacrified his sentience to help close the rift. He gave up his intelligence and was sent home, a mindless husk once more. And then, sadly, he was killed later by a vampire hunter. Man, that just sucks. 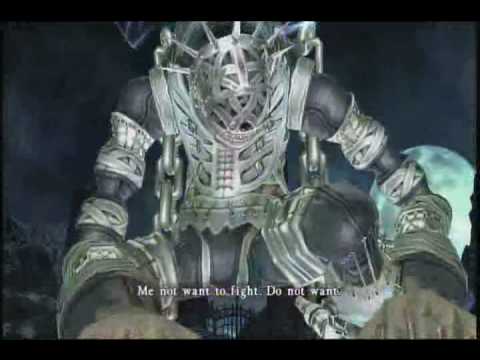 With its sentience restored, the Golem thinks of Carmilla as it's mother, a feeling she did not reciprocate in any capacity. This was a silly little plotline for the game to include since this was a character we'd never really seen before so it's not as if we, the players, were going to worry about how it viewed it's relationships with other characters. Still, this was a better plotline than some characters got in the game (which is really just sad).

Other Golems in the Series:

While the Judgment Golem is the primary focus of this article -- he's the only one in the series given an actual story -- golems have made regular appearances throughout the series. In fact, depending on hoiw you define a golem -- whether they're all made of clay (like in religious versions of the character) or if they can be made of any inanimate substance (more akin to the Dungeons and Dragons style of golems), golems could teechnically be in the series from the very first game. By a more lenient definition, any of the armors in teh series could be golems.

That said, the first official golem would appear to be the so-called King of Golems, Koranot, in Super Castlevania IV. Used to showcase the SNES's ability to shrink and grow sprites (via the ever famous "Mode 7"), Koranot would shrink as you hit him until, eventually, exploding once he grew small enough.

Follow up Dracula X featured two kinds of golems -- a more basic type that would walk around, occasionally throwing fireballs, and a "Bone Golem" which could reform itself into different shapes as the heroes fought it (the basic golem would reappear in its exact same form in later entry Portrait of Ruin). Bloodlines came next, with it's golem boss appearing in the Atlantis section of the game. There the golem would trudge forward towards the hero and players had to break the middle section out of the golem to bring it's weak point into range.

It was Circle of the Moon that really broke open all the various golems and their appearances. A regular golem could be found hidden in the Underground Warehouse, while a boss Iron Golem await the heroes at the top of the Machine Tower. There was also the Golem Card, one of the DSS cards Nathan could collect, and this card would grant him Earth elemental abilities. 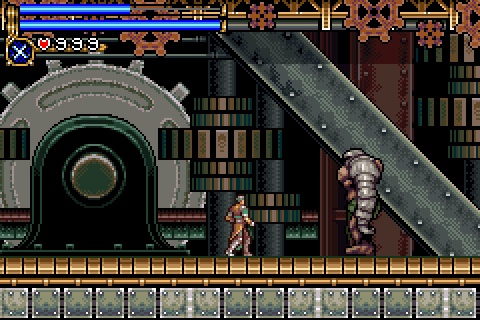 After Circle, golems would appear all over the place in the series moving forward. Harmony of Dissonance featured a pretty basic golem as a boss fight. This boss was more or less duplicated in Aria of Sorrow for the Big Golem boss fight, but then a bunch of other lesser golems (wooden, flesh, iron) were included as well for the players to fight throughout the castle (and made reappearances in Aria sequel Dawn of Sorrow.

On home consoles, Lament of Innocence featured yet another giant Golem boss, a gargantan beast that essentially attacked the way every other golem in the series had (slow, strong, with lots of punching). Curse of Darkness at least changed this up by making the golem into a Battle-type Innocent Devil (one set of the power-ups for that game).

And then, of course, in the Lords of Shadow series, there were a number of Golems as well. Most of the golems were called Titans, giant, multi-stage boss fights that Gabriel had to defeat to progress. Early in the first game, too, Gabriel came across the Black Knight Golem, a protector of a young girl, Claudia, who then attacks Gabriel after it seems like Gabriel killed Claudia (which, spoiler, he totally did even if he didn't mean to).

The second numbered game in the series, Lords of Shadow 2 also featured a giant golem, the Stone Golem, who was made up on fallen architecture. Dracula (ne Gabriel) of course had to kill this beast once again to progress deeper in the story.

The Golem was a strong character in the game, with thne ability to use both earth, thunder, and poison attacks. This makes sense considiering that the Golem was kind of combination of the classic golems from the series and Frankenstein's Monster -- the golems used earth attacks while Frankie traditionally had access to lightning abilities. Although there were faster heroes to control, Golem certainly had his uses in the game for players wanting something different to experiement with.

Traditionally, a golem is creature from Jewish folklore, and being made up of clay or mud the animated by a single word or letter carved into its head. The golem was haumnoid in shape but, normally, was not very well carved, more like a mulp of material than humanistic in design. Sometimes depicted as a villain, other times as a being to be persecuted, the golem was usually viewed as a tragic creature to be pitied.