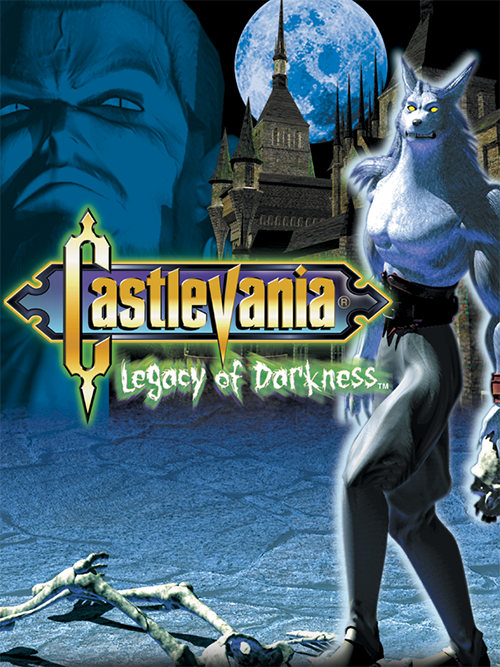 In the 14 years since the last time Dracula rose from the dead, and was then promptly defeated, the lands of Romania and Wallachia remained under the curse of the Dark Lord and his minions. The Lord Dracula's servants still plotted to bring their master back, searching for the right sacrifice to use in their Black Mass rituals. They found it with a girl, Ada, the adopted sister of a werewolf feared by the dark forces of Dracula -- the werewolf Cornell.

Attacking Ada at her home, the Dracula's minions stole away the girl and set her village ablaze. Cornell was forced to fight his way through the forests around Dracula's newly resurrected castle, chasing after the minions in hopes of getting his sister back. This led the werewolf to the outskirt's of Dracula's lands, the dark castle's shadow looming large over the the heights of the Borgo Pass.

Inside the castle grounds, Cornell found himself in the Oldrey Villa, an estate that had been built inside the grounds of what would, from time to time, be Dracula's lands. There the castle had appeared above, and the monsters at Dracula's call had streamed forth, killing most of the Oldrey clan save for the patriarch, who they turned into a vampire, and his eight-year-old son, Henry, who they apparently wanted for use in their dark ceremonies (potentially to act as a host of the Dark Lord). Cornell freed Henry, saving the child's life, before moving forward, deeper into the castle.

As he waged his war against darkness, Cornell eventually came face to face with his own rival, the were-beast Ortega, a man who hated Cornell and all he stood for (his sense of morality, his snappy clothes...). The two foes battled, the fate of Cornell's sister hanging in the balance, and it was Cornell who emerged victorious while Ortega died a failure. Ortega's death, however, triggered the next part of the incantation over the castle, allowing Dracula to rise from blood spilled during the epic fight.

This forced Cornell to go ever deeper into the castle as he still had to save his sister (who was snatched away and hidden even deeper in the fortress) and fight the Dark Lord. Cornell fought to the top of the castle, confronting the vampire lord, Dracula. That battle waged fiercely, with Dracula's true demon form revealed. Cornell was able to defeat the Dark Lord, but, to save his sister from the sinister powers, Cornell had to sacrifice his own werewolf powers to save the girl. This he did willingly, seemingly sealing away the Dark Lord (although, in reality, the werewolf sacrifice gave Dracula more power for his future resurrection).

Seemingly done with their quest, Cornell and Ada left the castle hand in hand, with the thought that Dracula was once more sent to his grave.

Dracula's plot was actually much more detailed than Cornell gave him credit for. The sacrifice needed for the start of the ritual was not Ada, Cornell's sister, but Cornell's own power, which the werewolf gladly sacrificed to save his sister. That power would grant Dracula the next needed bit of magic to find a new, true host to fill with his magic.

The true host is revealed in the next game in the series, Castlevania for the Nintendo 64 (commonly referred to as Castlevania 64) set during 1852 AD. Legacy of Darkness is actually a "Special Edition" re-release of that Nintendo 64 game. That game features two heroes, Reinhardt Schneider and Carrie Fernandez, both of whom battle into Dracula's castle eight years after Legacy to finish what Cornell started -- although, when Castlevania 64 came out, no one knew Cornell would eventually be added to the series, so their adventure originally stood alone.

Cornell's quest was actually originally intended for the Castlevania 64 release, but was left on the cutting room floor due to time constraints. As a Special Edition, though, Legacy of Darkness not only includes Cornell's quest, which is the main adventure of the game, but the quest of Henry Oldrey, the child Cornell saved who came back to the castle eight years later to save more children Dracula kidnapped. Playing through Henry's quest also unlocks Reinhart and Carrie's quests from the original game, although their two adventures were remixed to use elements of Cornell's adventure in place of their own adventures' elements.

To note, Henry's quest is covered, chronologically, on the Castlevania 64 entry, as that game takes place at the same time.

As a creepy little addendum, Cornell spends his whole quest battling through the castle to free his sister. After the battle is won, Cornell and Ada marry. Admittedly, the two of them are brother and sister through adoption only, but still, this all seems a little creepy.