Centuries before the events depicted in the prologue mission of Mirror of Fate, a holy order of warriors, the Brotherhood of Light, was founded. Three knights -- Cornell, Carmilla, and Zobek (who later go on to become villains in the first Lords of Shadow game) -- create the order to protect the land and fight off the forces of darkness.

Needless to say, not everything goes exactly to plan. The knights were great and noble people and their souls were able to ascend into heaven. Just their souls, though -- their bodies stayed on Earth and were inhabited by shadowy dark-sides. Thus the three knights became the three Lords of Shadow (name drop). 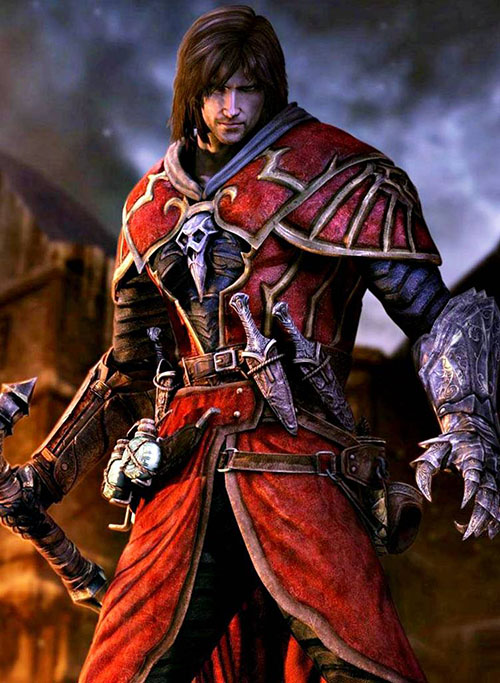 Set prior to the events of the first Lords of Shadow game, the prologue mission of Mirror of Fate concerns itself with Gabriel Belmont (currently human champion of the Brotherhood of Light) as he embarks on a mission to capture the Daemon lord, an evil demon (obviously) who had escaped from the Shadow Plane. Although Gabriel's (totally useless, apparently) companions were killed on the mission, Gabriel survived and was able to capture the Daemon Lord.

Meanwhile, Marie Belmont (Gabriel's wife) gives birth to a son, whom she names Trevor. She keeps the child's existence a secret, though.

Mirror of Fate has an incredibly confusing timeline. Set both before and after the events of Lords of Shadow, the game features four (well, three, kind of) playable characters, one of which is Gabriel Belmont. His mission (as detailed above), serves as a prelude training mission to the rest of the game.

This mission, it should be noted, is relatively important to the plot of Mirror of Fate, as the Daemon Lord serves as a recurring villain throughout the game.

It should be noted that, yes, the Trevor that was born in 1046 AD is the new version of "Trevor Belmont" for the new continuity. Of course, he was born 400 years before "original recipe" Trevor (which will probably irk some of you fans). Everything is different, people, and we'll just have to accept that.