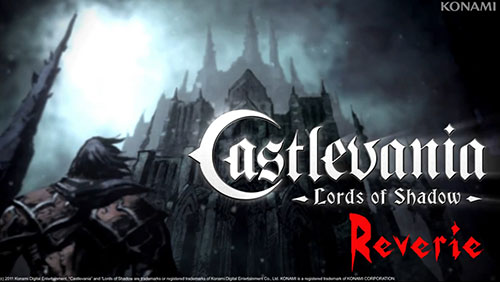 I recognize that was rather haarsh in my review of Castlevania: Lords of Shadow, but, frankly, that game sucked. I tried to divorce myself from the fact that it wasn't a standard Castlevania game but, even taking that into account, there was still so much that was wrong with it just as a AAA-title that I couldn't ever enjoy the game. The pacing was bad, the combat was loose and unsatisfying, and so much of it felt like I was just mashing buttons (regularly through Quick Time Events) just so I could get to the next tedious section. It was a chore, something you never want to say about a video game.

For that reason, then, I can't say I had high hopes for the first expansion for the game, Reverie. I expected the game to be more of the same, with all the same struggles. It was certainly too much to hope that someone the designers would learn from their mistakes and at least make a bit of an apology with the first of the two DLC packs released for the game. Having played through it I wouldn't say they learned, or apologized, but I do think that, probably through sheer accident, the designers made an expansion that's at least somewhat more enjoyable than the original Lords of Shadow, if only barely.

Picking up soon after the events of Lords of Shadow, Reverie has Gabriel Belmont encountering Laura, the vampiric daughter of the vampire queen (and defeated Lady of Shadow) Carmilla. Laura warns Gabriel of a new threat to the world, that because the three Lords of Shadow had been defeated by Gabriel, the magic they were using to seal away an even worse evil was ffailing. If Gabriel didn't find a way to stop it, the evil demoning lord, the Forgotten One, would be unleashed on the world. So Gabriel and Laura venture to the Castle of Vampires which house a secret Brotherhood tower which acted as a prison for the FOrgotten One. All they had to do was find a way in.

Venturing through Reverie is, in many ways, exactly like venturing through the main game -- Gabriel has all the same old tricks he could use in the game, his magic and his weapons and combo attacks, along with all his explorational methods like climbing, scaling, whip-lassoing, and the ever-useful double jump. These will all be needed because, much like the main game, the expansion is essentially one long dungeon crawl. You start off in the crypts and, after a puzzle to gain access lower, Gabriel has to go hoping, climbing, and swinging across a series of towers while avoiding ending up in a foul river filled with man-eating fish (and the same cut-scene you'll see over and over again when you fail). 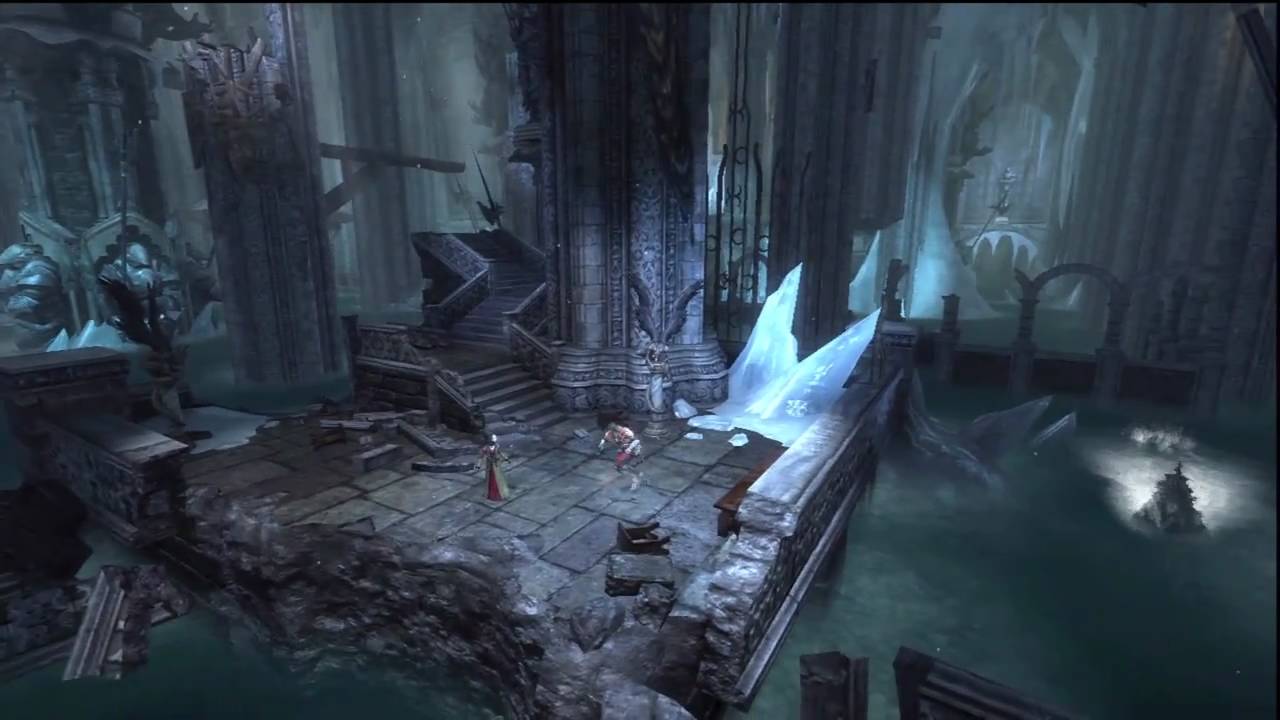 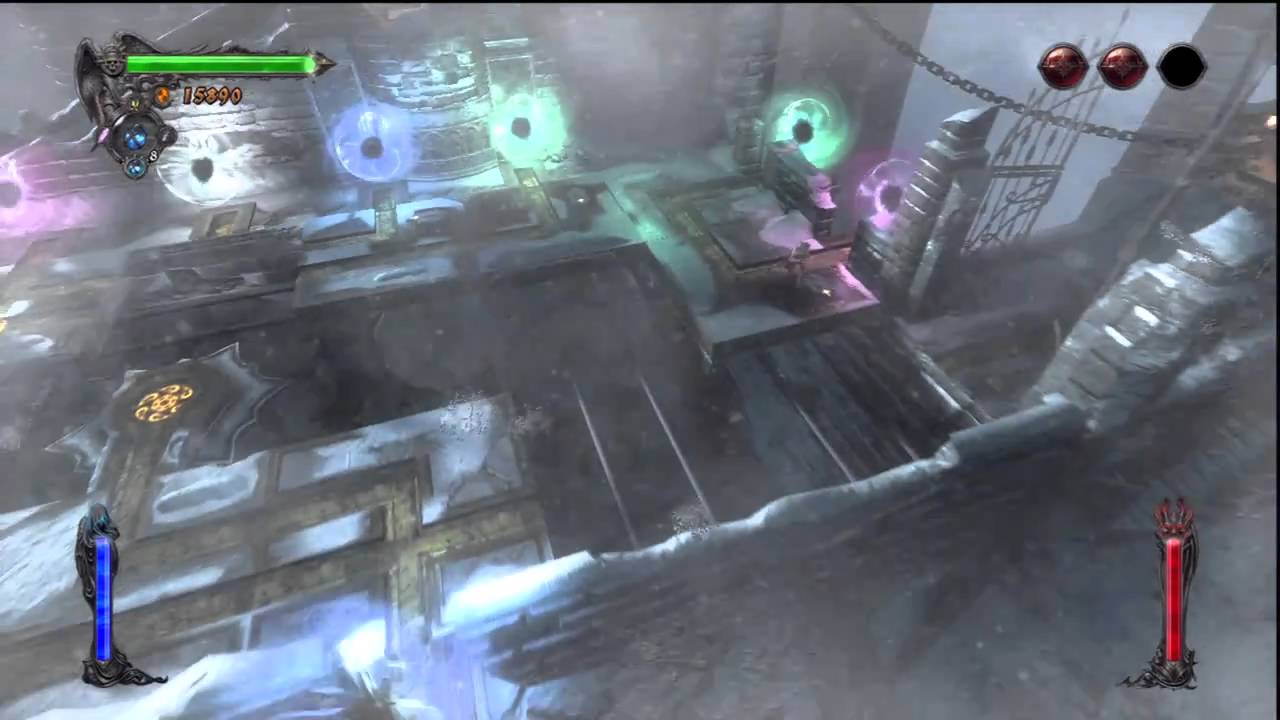 From there its on to a tower filled eith its own number of traps as well as a bunch of small encounters with the same few enemies over and over again. FIght a few times, scale some more things, collect a few items to gain access ever deeper. Over and over again through the same gamplay loops. It's a pretty bog-standard trudge considering how much this was done in the main game, and it's about as thrilling here as it was there (which if, like me, you didn't much enjoy the main game means the gameplay here isn't that much better, either).

The best thing I can say about the expansion is that it doesn't cram in any battles with Titans, which was a relief getting through the expansion. I didn't have to struggle with a giant fight over and over again, cussing at the screen the whole time because I just couldn't figure out the timing while I watched Gabriel get knocked on his ass over and over. Nor did I have to deal with doing everythin right up to the point where the game dropped a new QTE on me, I failed it, and it was back to the start of that section again. The QTEs in the expansion are blessedly few and far between, notching a couple of extra points in the favor of Reverie.

The downside is that when you don't have Titans, or other major bosses in the game, there's nothing the break up the very basic gameplay. While I certainly didn't enjoy the boss fights in the main game, they did at least break up the monotony of the adventure. Here, it's all just the same crap over and over. While I don't want hte obnoxious big battles back I do wish the designers had found some other way to make the gameplay more interesting and varied. Their nbig innovation was to add more block and dial puzzles into the game, which haven't been fresh since the mid 1990s. It's a time waster, not a great gameplay innovation.

The best new feature of the expansion is, in fact, Laura. While you don't get to play as other characters in the main game, Laura is added in as a playable character (in a few brief moments), and unlike the rest o the game this real does feel fresh and new. Laura has her own set of abilities -- a invicible mist dash, lighting attacks -- that make her feel very different from Gabriel. Using her is an interesting and different challenge, but sadly you really only get to control her twice during the whole mini-adventure. If more could have been done with Laura to give her more to do while the player controlled her, it would have made this expansion so much more interesting. 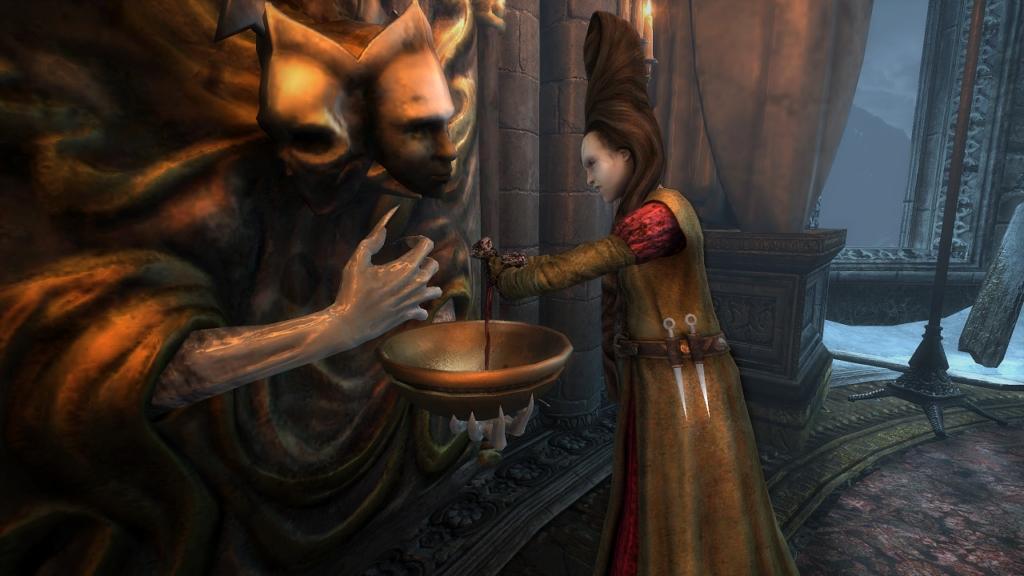 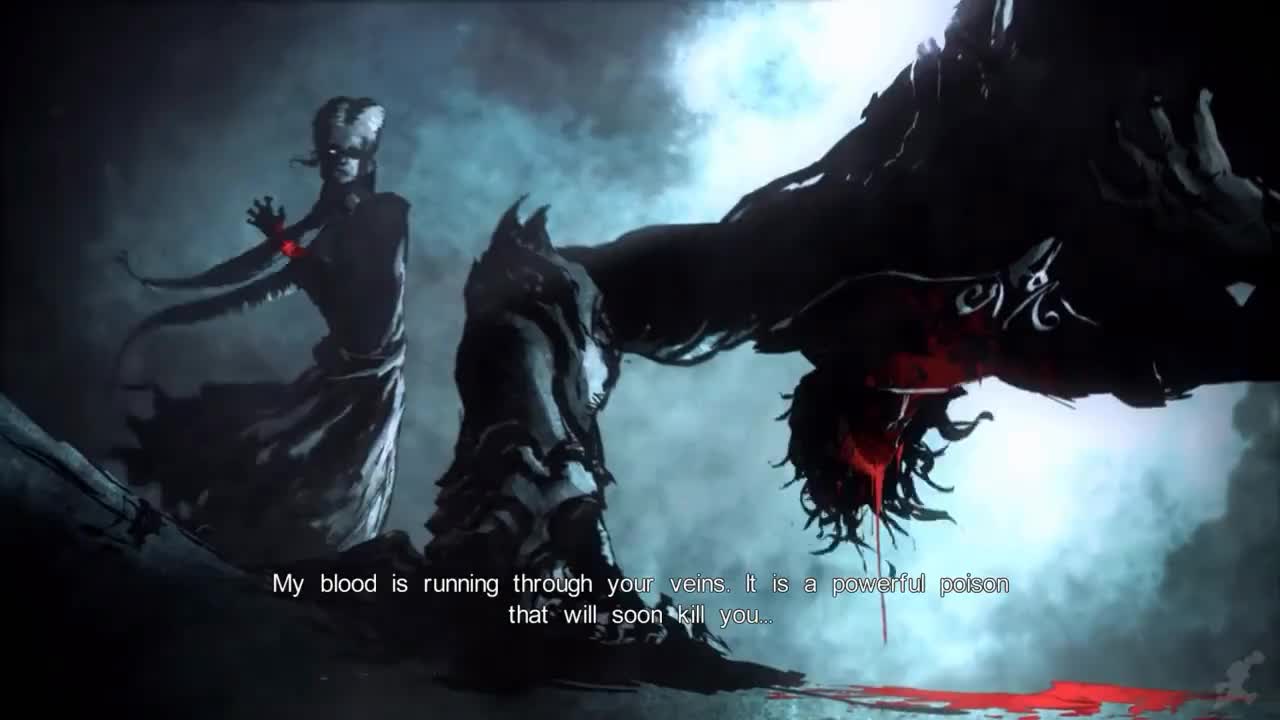 Sadly, Laura also has the worst section of the game. There's a spot where she has to bail on Gabriel to enter a section to gather one of the three big McGuffins they need to finish the expansion. While in there she has to fill a vessel with her own blood to open a door, but this means she's giving up her own health to donate the blood. No problem, there's enemies right outside that can be drained to regain blood and health. At least, that would be the case if they weren't both surprisingly beefy and annoyingly fragile -- you have to weaken the ghouls before you can suck their blood, but if you give them one hit too many they die and are no use to you. And in a game where you have to combo enemies with multiple hits just to get them weak, it is way too easy to hit enemies too many times. Needless to say I played this one short section over and over more times than I can count. It sucked.

In short, Reverie is an improvement over the main game, but only by a matter of degrees. It's interesting, in a way, and short enough that it doesn't overstay its welcome. The second character is a fun little innovation for the game play but the rest of the sections are just the same old grind. It's not as obnoxious as the main game yet still has big moments of frustration all the same. If you hated Lords of Shadow this expansion won't change your opinion of it at all. Its the main game, only slightly improved, but still pretty bad all things considered.