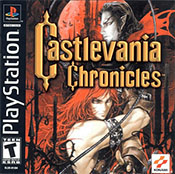 Way back when, Konami released a remake of Castlevania for the Sharp X68000. Unlike other remakes/ports for various computer systems, Castlevania X68000 featured new and arranged levels, remixes as well as new music, and a brand new introduction that helped to unify the Castlevania storyline. Sadly, the original version of the game never came to the States as the Sharp X68000 was not prevalent in our region.

Eventually, though, a port of the Sharp X68000 remake came to our region in the form of Castlevania Chronicles. The game featured two modes, Original and Arranged: Original is emulator perfect and has all the bonus features and easter eggs from the original version of the games. Arranged mode had extras on top of that, and it's Arranged mode that we will discuss in this review (read the review for Castlevania X68000 if you'd like more information on that version of the game).

For those that have tried to play the original Sharp x6800 release (and I do mean try, as that game is damned hard), Chronicles features one welcome addition: difficulty settings. You can choose from Easy (which is blessedly easy), to Normal, and Hard (which is pretty well the original difficulty of the X68000 edition). For those, like me, that need all the help they can get in a Castlevania game, Easy mode presents the perfect helper. I won't deny I still sucked at the game in places (although, as easy as Super Castlevania IV is, I still manage to die in that game, too) but at least I could get farther than the first stage.

Other "improvements", though, were less impressive. Simon and Dracula received redesigned sprites, but they aren't exactly impressive. Dracula's is notable for a goatee (because facial hair is all the rage now, apparently), while Simon looks like he dyed his hair and bought a new outfit from a bondage club -- it's really odd. And then there's all the changes to the rest of the game... or should I say the lack there of. Aside from new sprites for Simon and Dracula, everything else in the game remains untouched. It's a tad disappointing, really, as there was a good opportunity for Konami to put more work in and make a great release (the kind of work they eventually put in on the Dracula X Chronicles).

However, while the main game remains largely unchanged, they did animate a new intro and a new ending for the game. Personal preference may vary (some hate the new videos, some love them, and I'm largely "eh" about either version), but there was effort made. Those used to newer games will probably enjoy the new movies. 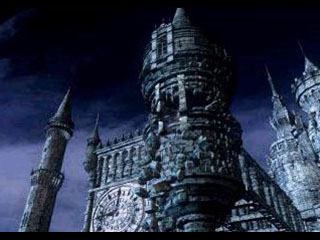 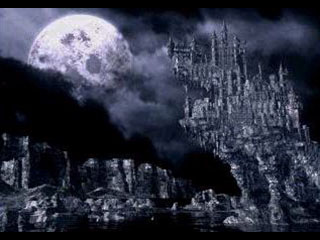 If the question is whether or not the game is worth picking up, the answer is a resounding "yes". Whether you're a fan of the new additions, little as they may be, having a variable difficulty mode is great. Plus, this is the only legal way to get this solid remake in the States. There's no reason not to own this game.