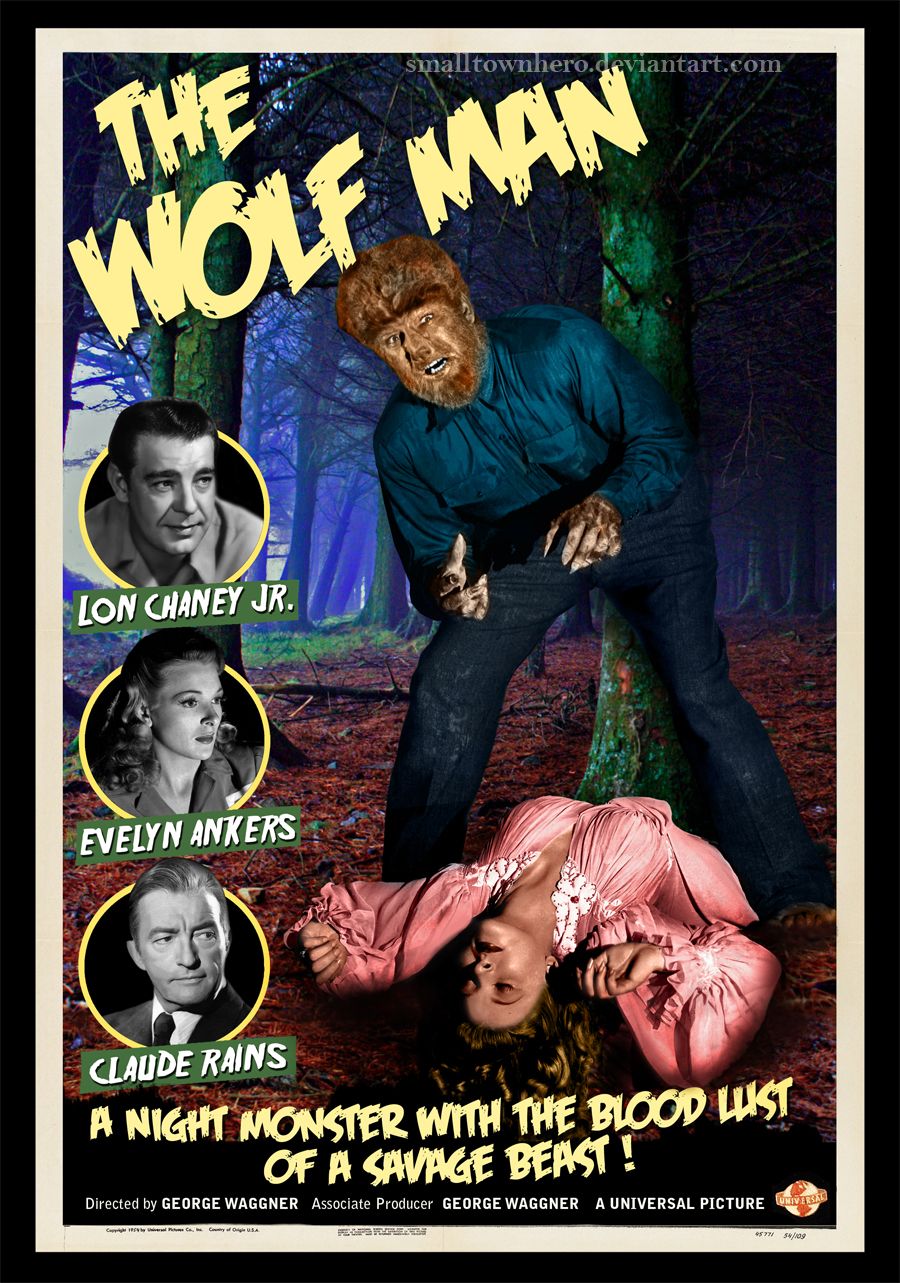 After a long time away, Larry Talbot returned to his family's estates. Although he and his father had been estranged for some time, with the death of his brother, Larry and pa were able to gain some closure together, to find peace between themselves. Back at home, Larry went about town, seeing the sights and looking for a place for himself back in his homeland. Soon enough he met up with local shop-keep Gwen, a fair lass and eventual love interest for our returned protagonist. Unfortunately, on their first date (of sorts), Larry has an encounter with a couple of gypsies. This then leads Larry off into the woods where he has an altercation with a wolf-like being. Larry kills the wolf, but not before getting bit himself. And, as Larry soon learns (and is repeated ad nauseum by every person in the town), he who is bitten by the wolf becomes a wolf themselves. Can Larry find a cure for his affliction, or is he doomed to walk the night as a Wolf Man?

By this point in the Universal Monsters cycle, the studio had quite the formula down. Introduce monster, have monster kill a couple of people (off screen, of course), and then kill the monster. Despite making the villain of the piece (the Wolf Man) also the hero of the piece (Larry) that formula holds throughout, making this one of the more rote slogs among the studio's output.

Now, I do recognize that part of my issue is simply from how repetitive the Universals films become. I've seen a lot of these films in quick succession which wasn't the way you were expected (or intended) to see these films back in the day. With only or or two of these movies coming out every year, viewers wouldn't have been able to chug through them all in a month or two -- the varied and lengthy dates between releases would have meant that audiences could have forgotten some of the details of the previous films, wouldn't be as bored with the same old story time and again since it would seem fresh and new each time around. Even taking that into account, though, I don't see how The Wolf Man can be considered much of a classic.

For one thing, there's just not much of a story here. After Larry arrives in town, he's soon enough turned into a wolf. The rest of his time is spent fretting about what he's doing at night as a wolf before, inevitably, getting out and killing again. Repeat and repeat and repeat. Since we see Larry get attacked, there's no great mystery about what's happening (unlike in She-Wolf of London). We know who the monster is and, no matter how well he's played by Lon Chaney Jr., there's no compelling reason to really care about what will happen (since the monster always has to die at the end). Maybe this could have been alleviated if they had ever, once, established that maybe there's a cure for being a werewolf. At 70 minutes, though, the film simply doesn't have time to spend on things like "character development" or "actually storytelling". 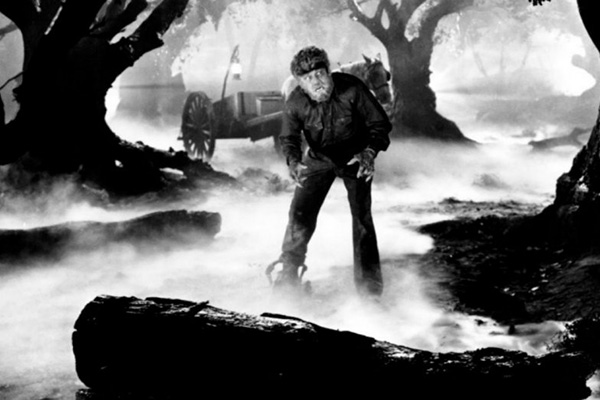 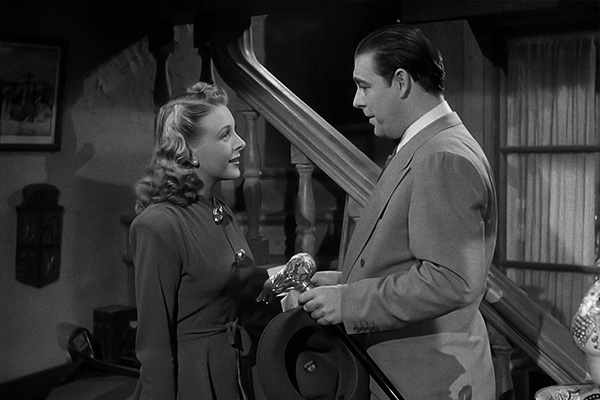 I will fully admit that the two leads do an admirable job of selling their characters. Although Lon Chaney Jr. isn't given much to do besides act charming at the start and then, for th rest of the film, fret about, he takes what he's given and acts the hell out of it. I can totally see why Chaney is considered the best version of the Wolf Man around -- even if the movie betrays his story, Chaney makes the most of the character.

I also liked Evelyn Ankers as Gwen even if, again, the story doesn't give her much to do. She's the rote damsel in distress and, in most movies, we'd be expected to care about her because she's pretty and white. Still, Ankers gives her all to the underwritten character. She's supposed to be a love interest so after two scenes Gwen is suddenly in love with Larry. Although their instance love-connection shouldn't work, it does largely because Ankers invests her scenes with real emotion. She may most just get to stand around moon-eyed or worried, but damn if Ankers can't sell that material.

Really, what this movie needed was another 20 minutes or so to build up the story, to make us care about what was going on and, maybe, to add a little mystery to the proceedings. A real story would have given the great actors more to do and might have made this seem like more than just another Universal Monster flick. As it is, it's hard to want to watch this movie since so little happens and, certainly, none of what we see is at all surprising.