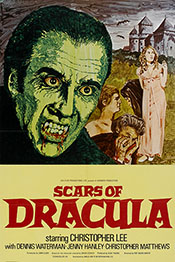 So you know that Dracula guy? He died. Don't feel bad for him -- that happens a lot. Usually he finds some way, time and again, to come back from the dead. Most recently (as seen in Taste the Blood of Dracula, he was killed in a cathedral where his body turned to dust and ash. Thankfully (for Dracula, not for the rest of the countryside) a giant bat came into the cathedral and drizzled blood over Dracula's remains, resurrecting him once again.

Cut to some indeterminate time later. We meet up with Paul Carlson (what is with so many male characters in these movies being named "Paul"). Paul is a bit of a playboy, winning his way into the hearts, and beds, of the ladies around town. One of these ladies, the daughter of the burgomeister, claims (to her father, who catches them just after their little deeds are done) that Paul snuck into her window and forced her to have sex with him. This put Paul on the run, and where did he end up but at the castle of one Count Dracula (naturally, since we have to get back to the vampire sooner or later).

With Paul missing, it was up to his brother, Simon, and his brother's fiancee, Sarah, to track down Paul and rescue him from a life on the run. But the dangers at the castle could prove more than Simon and Sarah are ready for, and a certain Dark Vampire Lord is just itching to get his claws (and fangs) into Sarah's soft flesh.

Let's be up front about this: Scars of Dracula is just a run of the mill Dracula movie. Like many Hammer Dracula films, it feels like an over-long shaggy dog story that just so happens to star a vampire instead of a shaggy dog. The first fifteen minutes are taken up by Paul and his misadventures, but Paul isn't the real hero of the story -- he's just padding to get Dracula introduced and set the real story in motion. Not that there's much story, or motion, for that matter. 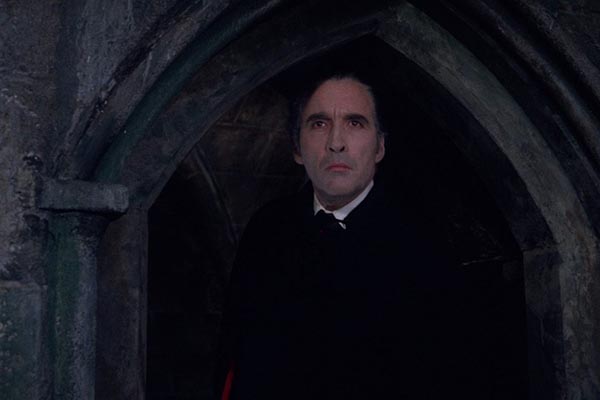 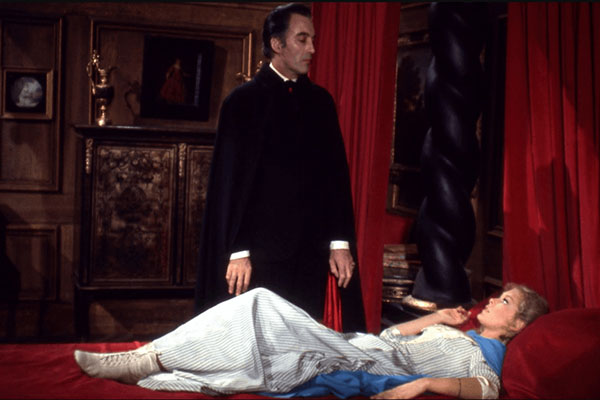 The big issue with the story is that it just doesn't go anywhere. Simon and Sarah manage to find their way to Castle Dracula, but Paul isn't there. Dracula is creepy, though, so eventually they escape... then they go back... then they escape... then they go back. Meanwhile, everyone else in the movie just watches, sometimes aiding and other times sending our heroes out on their own. If any one of the characters would just grab a stake the first time they met Dracula, or if any of the side characters would say right off, "don't go there! A vampire lives there." none of this mess would happen.

Since nothing happens, though, the story just kind of drags along which makes the whole movie feel longer than it is. This reviewer pause the film near the end to see how long we'd been watching, expecting two and a half hours only to find we were an hour and fifteen in. It just feels so long.

And yet, oddly, there is still a bit to enjoy about the movie. For one, this film has to feature the most lines from Dracula in any Hammer film about the count. He's positively chatty in this movie, holding actual conversations with characters. It gives Christopher Lee more to do than just stand around and be menacing (which, admittedly, he's fantastic at) which was very nice to see. The rest of the main cast are also quite good, with Paul (Christopher Matthews) as a standout. Matthews plays Paul as a charming, witty cad, making you enjoy the character for the brief times he's on screen. It helps to carry the first half, since you're invested in the mystery of Paul's disappearance.

Sadly, between repetitive plotting, a lack of Paul, and Dracula doing his usual, stupid bullshit (oh no, a cross! Why didn't I trust my servant to remove the cross before I cast them aside... again... like always!) the movie drags in the back half, bringing the whole production down. But then, Hammer had a formula -- revive Dracula, introduce some fodder characters, have Dracula kill one or two people, then Dracula dies -- and it was too late in the cycle to expect much experimentation. 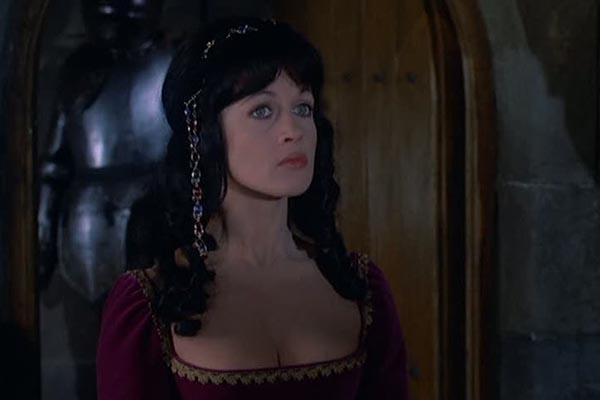 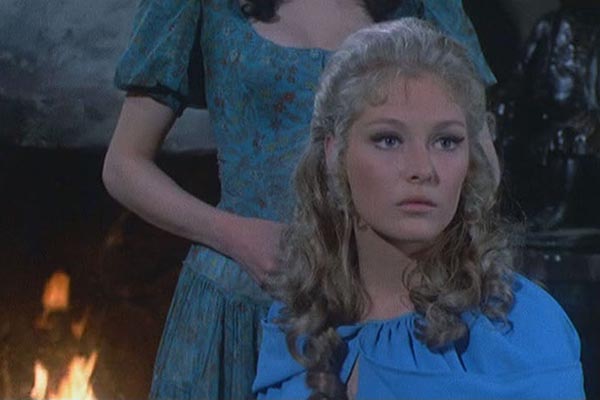 If you're looking for a well acted but otherwise unsurprising Dracula flick, Scars of Dracula is a decent watch. It's not great, but the first half of the movie is enjoyable enough. For most movie watchers, though, this movie is probably not for them.

Scars of Dracula marked the last movie in the first Hammer Dracula series. Although they would go on to produce three additional Dracula movies, the next film acted as a reboot for the series. The flicks were moved to contemporary (for the time) settings, and the old stories were all ignored. The films even featured a new Van Helsing who was, happily, played by Peter Cushing for a bit of continuity between the old series and the new.