The Kiss of the Vampire 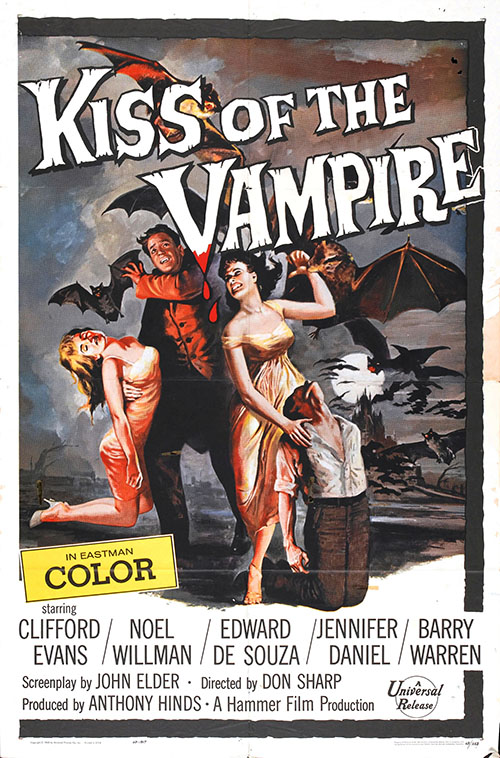 On the way through Germany for their honeymoon, Gerald and Marianne Harcourt end up stuck at a little wayside inn when their car runs out of petrol. While there, they become friends with the local nobleman, Dr. Ravna, and his family. The Ravnas seem like gracious, amiable hosts, and soon the Harcourts are regularly spending their days in the company of this fine family.

But dark troubles lie ahead for the Harcourts. Soon enough, Marianne goes missing, and when Gerald tries to get help -- from the Ravnas, the innkeep, the constabulary -- everyone tells him Marianne never existed. Is Gerald going mad, or is there something more sinister afoot?

We will give Hammer credit -- for their third foray into vampire horror they certainly found a way to mix up the formula. Unlike The Brides of Dracula which tried to make a connection to the original Hammer Dracula, Kiss ditches the connection (and thus the need to compare), and is better for it. Instead, taking the time to explore other vampires and other ways the plague could spread, Hammer found an effective angle for not just scares and gore but also psychological horror as well.

That's not to say this film is a complete winner. The early parts of the movie stick to the tried and true Hammer formula for vampire films -- a young couple show up, the villagers try to get them to leave, a nice nobleman shows up to aid them, and then suddenly vampires! In many ways it's the plot of Brides of Dracula all over again (which makes a certain amount of sense as this film was initially planned as a third adventure for Peter Cushing's Van Helsing -- reprised from the first two flicks -- before it was eventually rewritten; note that the heroine in both movies is named Marianne which is probably not just a coincidence). But then the film takes a turn for the better. 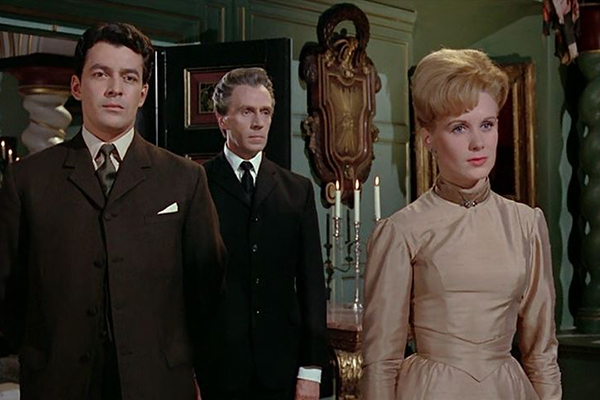 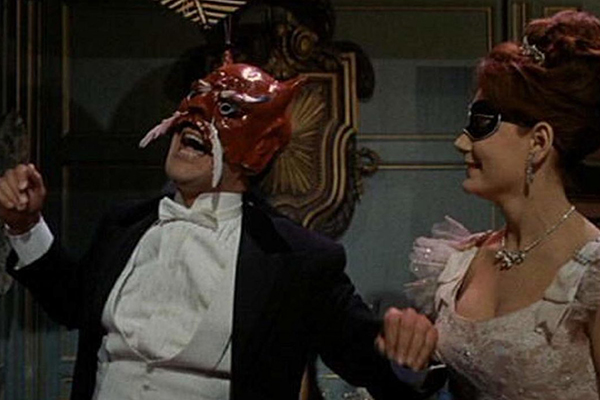 The second half of the movie, when Gerald tries to figure out if he's going insane, have a fire and energy the first half was missing. The plot suddenly picks up, the action moves at a better clip, and it's all capped off by a climax (that we won't spoil) that proves both creative and more gruesome than finales of the previous two films. The effort was put in to make this film something a little more special, and we appreciated that during our recent viewing.

Much of the credit for this has to go to Edward de Souza as Gerald Harcourt. Although many of the performances are pretty basic, he has a liveliness to his role, and energy (especially in the back half) that carries the scenes he's in. Thankfully, he's in most of them, so while the evil Dr. Ranva is inoffensively bland, and the eventually vampire hunter that comes to aid Gerald (Professor Zimmer played by Clifford Evans) is more the idea of a character than an actual fleshed out person (he's most described by others, lacking few actual scenes to make his presence felt), the film still works.

In fact, we'd be willing to state that by keeping the focus on Gerald and having the evil Dr. Ravna and his brood off-screen for whole stretches, the horror works better. Part of what fell apart for Brides of Dracula was that the vampire in it just didn't work -- he looked more goofy than menacing. Here, in Kiss, we don't have to pay that much attention to the actual vampires, just their motivations, which means even if their performances aren't the best, their off-screen menace still works. It's an interesting balance Hammer managed to find in this film which serves it well.

The Kiss of the Vampire works as well as it does because Hammer was able to shake up their formula and go far afield. While Brides of Dracula suffered because Christopher Lee didn't want to come back to the role of Dracula, Kiss excels because of it -- without the pressure to live up to the 1958 film, this movie actually excels, maybe even surpassing the original in both style and horror. 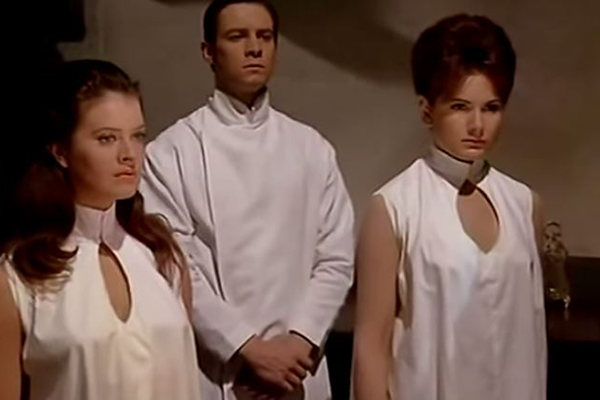 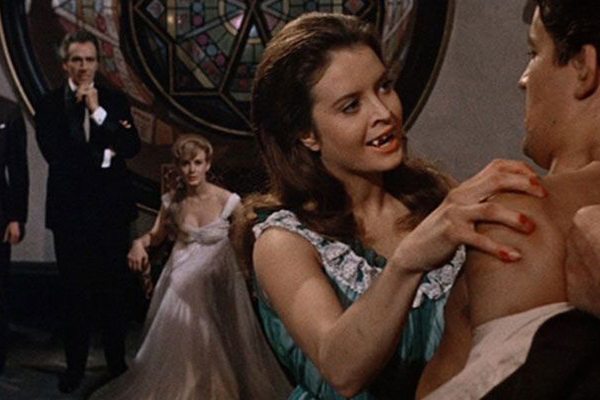 As noted, The Kiss of the Vampire was originally slated to be the third Dracula movie in the Hammer cycle. Peter Cushing was initially set to reprise his role, but Kiss was later rewritten to remove any connection to the Dracula films (although elements, like a knowledgeable vampire hunter doctor, a heroine named Marianne) still linger in the final versions.

We recommend you watch the first two movies in the "series", Dracula and The Brides of Dracula, for a complete perspective of the series up to this point.

After this film, Christopher Lee finally came back to the Dracula role, and the official Hammer Dracula cycle picked up with the third official title, Dracula: Prince of Darkness.