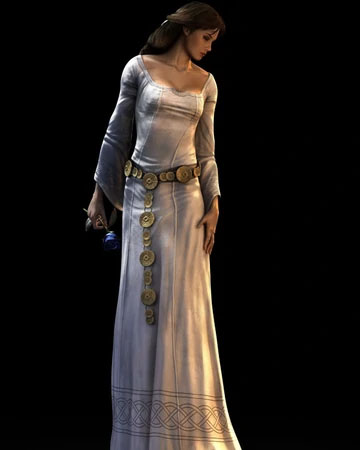 With the reboot of the Castlevania series into the Lords of Shadow continuity, the series completely remade its own storylines. Familiar characters, like the villain Carmilla, the hero Cornell, and even the whip-wielders Simon Belmont and Trevor Belmont were given completely new stories. This wasn't the old series anymore.

This was made clear with the introduction of two new characters at the start of the game: whip-wielding protagonist Gabriel Belmont and his lost-love Marie. Now, yes, this is another entry where we can point out that the series loves to kill off wifes and other women of note in the series (and that's true and we do point it out again), but what makes this death at least somewhat different is that it doesn't come as motivation to send the hero to Dracula's Castle. Hell, for most of the game Dracula doesn't even technically exist. It's not until the expansion packs for Castlevania: Lords of Shadow that we get the true Dracula, and it ends up being a vampiric Gabriel.

Marie's death is used as motivation for the heroes yes, all because he's used as a pawn for villains bigger than he could expect. It's a game of life and death, for the fate of the universe, and Marie is sacrificed, tragically, as the first step in this process. Hell, as we learn deep in the story, it was Gabriel himself that killed her (although he doesn't realize this for quite some time). That doesn't make Marie's eventual fate any better, but it does add different shading to the unfortunate incident. 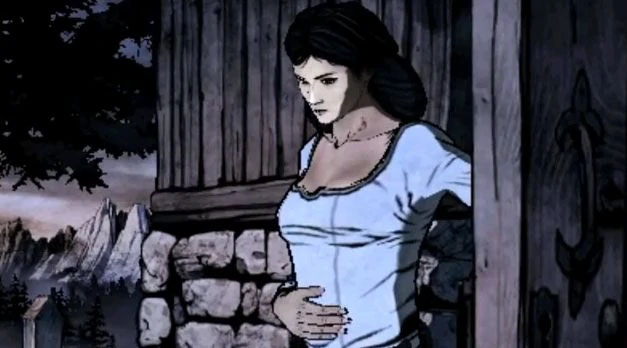 Friends from an early age, Marie and Gabriel grew up together. As they aged, their feelings matured and changed to the point where they knew they were fated to be together, bound as husband and wife. Gabriel, though, was also bound to the Brotherhood of Light, a group dedicated to protecting the world from evil, and Gabriel become one of their top knights, so while Marie and Gabriel were married he wasn't around as often as either of them would have liked.

While Gabriel was away on a mission, Marie realized she was with child. Gabriel was gone long enough that Marie had the child, whom she named Trevor, but after dire warnings from the Brotherhood -- the fact that Gabriel was increasingly acting against his nature, that there might be something wrong with him -- Marie gave the child up to the Brotherhood and never told Gabriel about him, a sad secret she'd soon take to her grave. 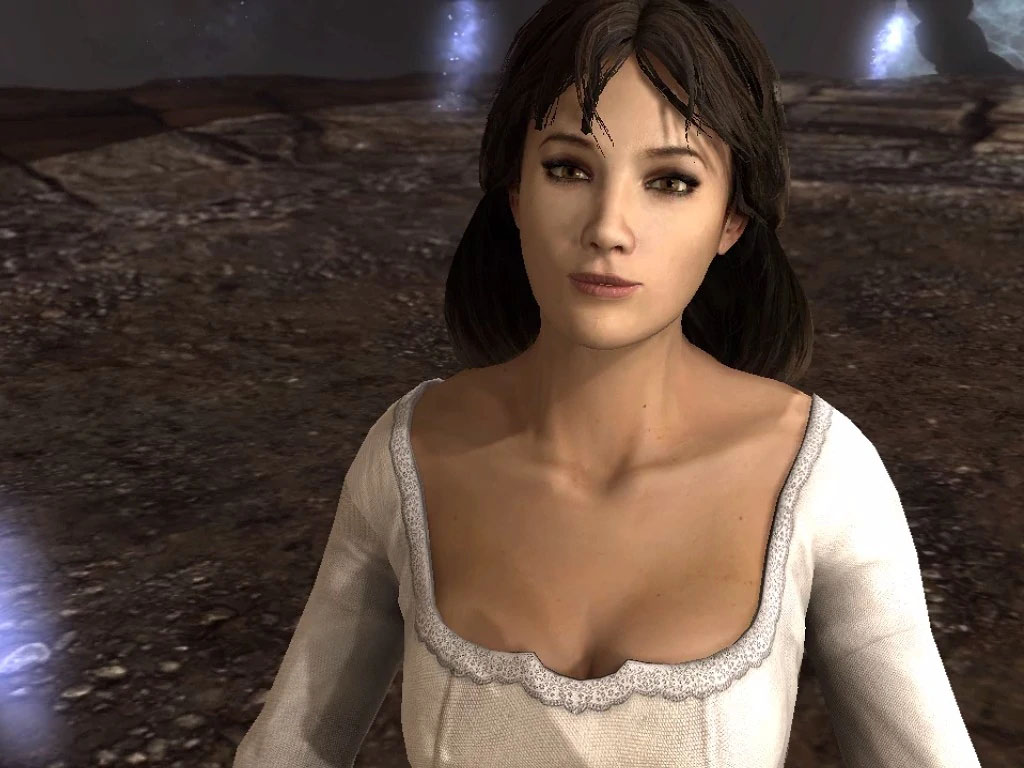 The Brotherhood was right, Gabriel wasn't acting like a sane person. He'd have moments where he'd lose track of time, of himself, and he'd wake up later with no recollection. After returning from his mission he came home to discover his wife dead, murdered by unknown fiends. This sent him off on a quest for revenge to take on those he thought were responsible: the Lords of Shadow. In reality, though, it was Gabriel himself, under the control of the evil Zobek, who killed Marie. This memory was wiped from his mind, another piece of himself lost so the hero could be sent on a quest that would bestow more power on Zobek.

Under the promises of Zobek, Gabriel hunts the Lords of Shadow down in part because they control the monsters of the land, which Gabriel thinks killed Marie, but also because they have the three pieces of the God Mask, a power artifact that Gabriel is told can revive Marie. So he roams the lands, taking on the monsters and defeating much of the evil (while slowly sinking into the pits of evil himself). Time and again Marie would come to him, trying at times to guide his hand and point him towards good, granting advice and finding ways to at least spare his life. She appeared early to answer his prayers and send him onwards to fight the demon. Then she protected him again later, in a battle with the vampiress Laura, where Marie's love for Gabriel stayed the vampire's hand, making her turn away instead of killing the hero.

At the end of the quest, with the three pieces of God Mask assembled, the full truth was revealed to Gabriel: that he had killed Marie, and that the quest for the God Mask wasn't to save Marie and revive her but simply to grant Zobek, the true third Lord of Shadow, the power of the artifact. With the two masks, God and Devil, together, Zobek would be the most powerful person on the planet (although the fact that Satan was actually controlling Zobek as part of an even larger plot was soon revealed, with Zobek defeated and Satan quickly ushered back to hell).

His quest a failure, Gabriel was unable to save his wife. She came to him one more time, though, to let him know that he was loved. She takes the God Mask with her to the afterlife, to protect it from the wrong hands, leaving Gabriel sad and alone.

It has been pointed out that Marie, in the context of this game, serves a role similar to Elisabetha Cronqvist and Lisa: the lover of Dracula. The parallel is most striking when you like Gabriel up next to Matthias Cronqvist as these were two knights, protectors of the realm, who, after the deaths of their wives, turned to evil and the powers of vampirism to enact some kind of revenge. 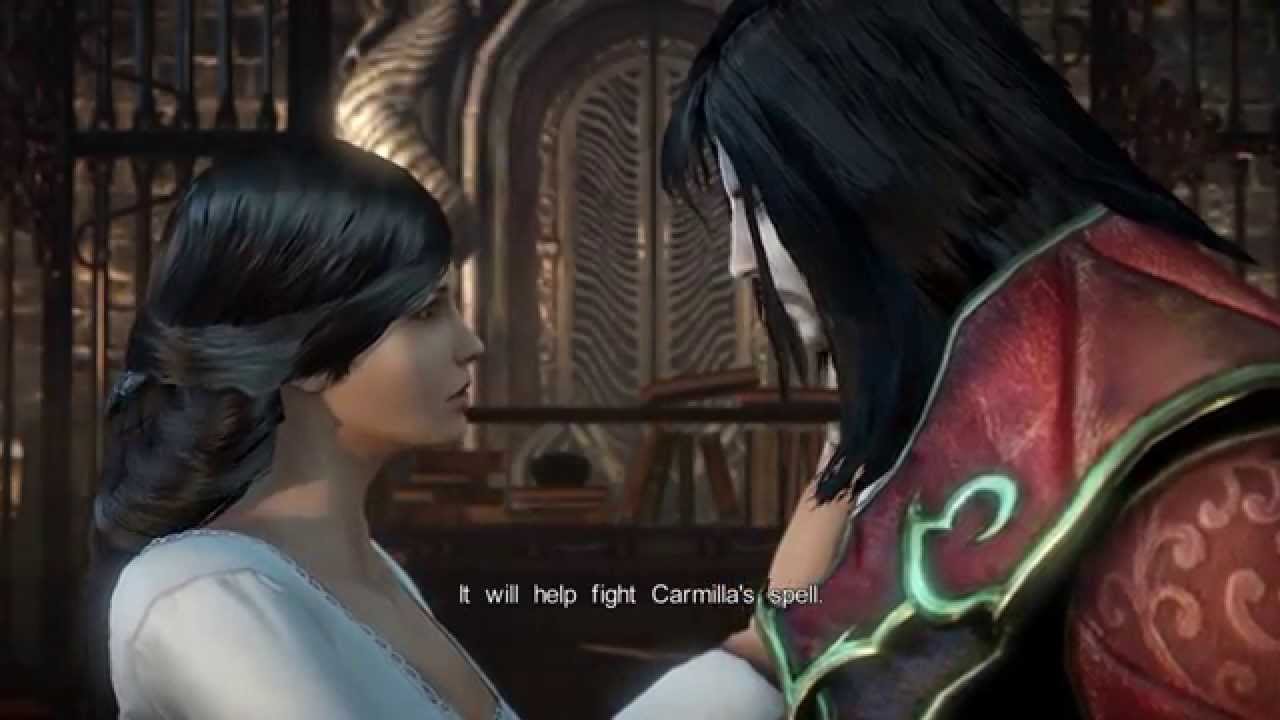 After events between the Brotherhood and Gabriel/Dracula (which don't involve Marie), Dracula eventually went into a long slumber, willingly giving up his powers for a time. The centuries ticked past, and then a curse was laid over the castle grounds, a spell that could prevent Dracula's resurrect at the necessary time (to stop the growing forces of Satan). This required Dracula's son (who, in the game Castlevania: Lords of Shadow - Mirror of Fate was revealed to be Trevor, a fact Dracula only discovered after he attacked and fed on the grown lad, turning him into the vampire Alucard) to go through the grounds of Castlevania City (the metropolis that grew around the ancient castle) to find a way to reclaim Dracula's powers.

While Alucard went on this quest he was guided by Marie (in a role that Alucard's old soul, the boy-version of Trevor, would eventually employ to guide Gabriel). She offered aid and succor from afar, helping the vampire to find the power he needed and break the curse sealing away his father. This would ensure that the evil covering the land would have someone powerful enough to fight against it.

Later, as Gabriel was on his own quest, once again awake and reclaiming his right powers, Marie appeared again. The evil vampiress Carmilla, resurrected and looking for revenge, cornered Gabriel and looked to kill the vampire so she could harness his power. Poisoned by Carmilla and near death, it takes Marie appearing to Gabriel to cure him. She willingly gives him her blood, breaking the hold of the poison, empowering Gabriel to take on Carmilla. But then, after the battle, with Carmilla defeated, Marie once again vanishes.

The last glimpse Gabriel has of his lost wife is in his memories of the past, where she appears with the young Trevor. This is the memory Dracula takes with him, of wife and child happy and together.