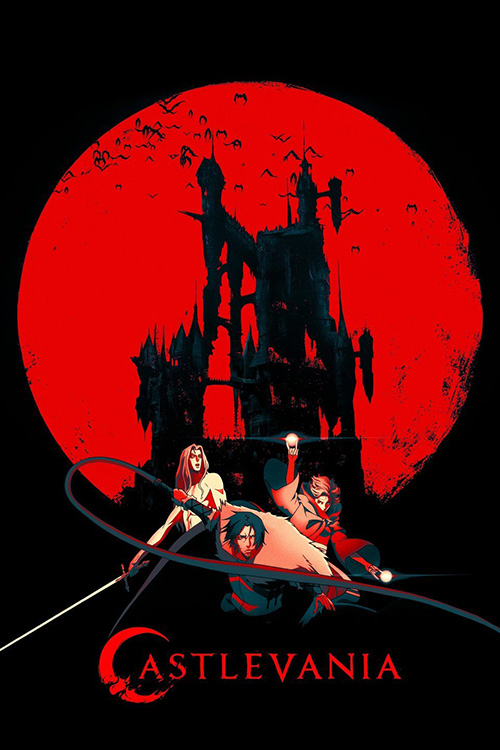 In the twenty years since they met, Vlad Dracula and Lisa of Lupu had fallen in love. They'd married, with Lisa convincing the vampire warlord to settle down and "live as a man" among the people in the village of Lupu. There Lisa took the knowledge she'd learned while at the castle to become an amazing doctor and practitioner of science. Meanwhile Dracula did... well, whatever a vampire does when he's trying to act like a human. Learned to play horseshoes, maybe? Lisa and Dracula had a child, Adrian (who did take over his father in certain vampiric ways), and they lived a quiet and content life for many years.

Unfortunately their peace would not last. Almost twenty years to the day after they met, the Church came calling to Lisa's workshop. They had heard about the "medicine" she performed and decided that what she was really a witch performing dark magics. Although she explained to them that she performed science, that what she did she did for healing, but the church officials, headed up by a power-hungry Bishop, declared her a wife of Satan. They dragged her off to be judged and executed and burned down her cottage.

Her trial was little more than a token affair and, within hours, Lisa was bound to the stake in the Church square of Targoviste, a blaze set before her. As she burned she cried out, yelling that "they know not what they do!" Her pleas were mistaken as her crying out for help from Satan, but soon the villagers were confronted with the truth: it was not Satan she was calling to by Dracula. As he'd ventured home (on foot, as he was traveling "as a man") he found his cottage burned to the ground. When he learned of the execution from a local old woman, he whisked over (as a vampire) to the church only to find his wife dead, little more than ash.

The anger he felt was palpable, and he unleashed his fury, showing his true form to the assembled masses in the church courtyard. He told the villagers of Targoviste that they had one year, one year to collect their things and leave Wallachia for good. After one year he would return and would wipe the "blight of humanity" from his lands. One year and then war would come to humanity.

This, again, is an expanded version of the events that were only hinted at in Castlevania: Symphony of the Night. We had seen the burning of Lisa depicted in that game during the "Nightmare" sequence, but the events before and after were new, fleshed out here to add further context. Now we know the full details and that it wasn't just Lisa's connection to Dracula, but her own science, that led the Church to execute her.

Of course, this also helps to shade in Dracula's own actions, turning him from an evil vampire to a hurt widower striking out for revenge. This set of sequences actually leads you to understand Dracula, to feel for him, which makes him a more interesting and convincing villain than if he were just some vampire lurking in his castle waiting for the heroes to come to him.